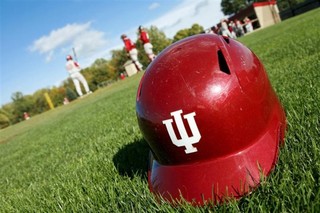 Indiana University is now set to be in attendance at the 2013 Victory College Camp on December 7-8 in Tustin. Indiana's baseball program made a name for itself during the 2013 season by making its debut in the College World Series to compete for the NCAA Division 1 National Championship. They are poised to be back in the mix during the NCAA postseason for the next several years.

This is the 10th Division 1 college to be added to the attending staff as well as 13 other NCAA, NAIA, and JC schools. More recently, San Diego State and the University of San Diego have both been added to the participating programs at this event.

The Victory College Camp is one of the top exposure camps on the west coast for all high school aged players as the participating college coaches will be on the field with the players guiding them through the event to help them up their game as well as to learn more about the players in participation. For more information or to register for camp, go to the Victory College Camp page here.