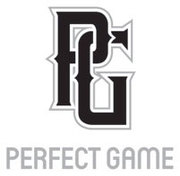 Perfect Game has released its official All-Tournament Team from the 2014 14u, 16u and 18u WWBA West Memorial Day Classic.  The events were held May 23-26 at Goodyear Ballpark and Camelback Ranch in Goodyear and Phoenix, Ariz.  The players selected were based on first-hand observations as well as statistical data compiled using GameChanger, the official scoring application of Perfect Game and the WWBA.

14U All Tournament Players

16U All Tournament Players