CBA Baseball was greeted by over 120 players and their parents this past Saturday, December 6, at College of Southern Nevada in order to create the first CBA program outside of Southern California.  CBA Las Vegas program coordinator Rich Ebarb and his staff did an incredible job organizing and executing the tryout.  Our entire staff in Southern California will be working very closely with CBA Las Vegas and their teams, the CBA Rebels and CBA Coyotes, to make sure that baseball players in Las Vegas and the surrounding areas have every possible opportunity to advance in the game.  We are excited to begin this new chapter in CBA Baseball and looking forward to working with Coach Ebarb, his staff, and every CBA Las Vegas player. 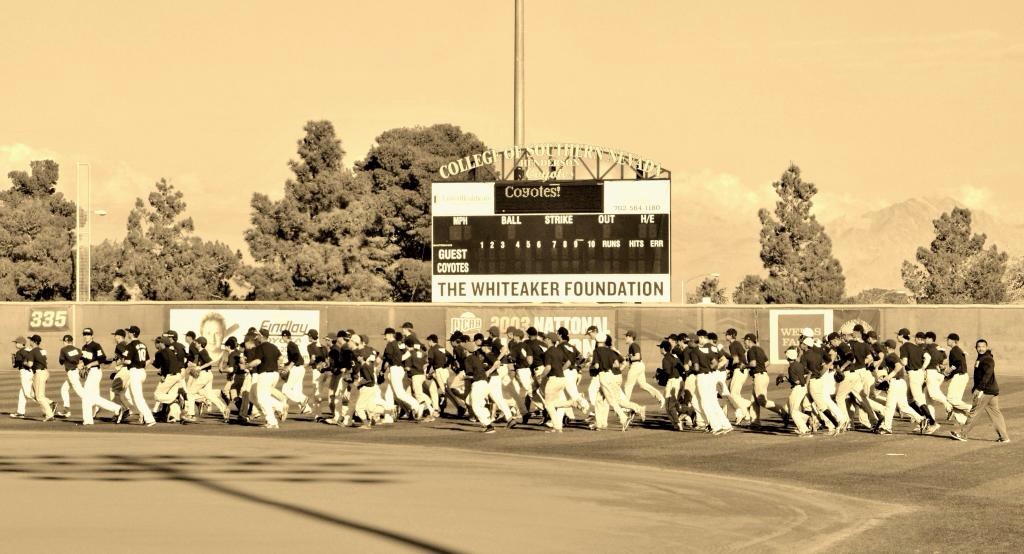 CBA Director of Player Development Joe Spiers warms up the field of players at College of Southern Nevada.